After a full time of movements in between Portugal and Estonia, participating in Pedras Festival in Lisbon and in Notafe Festival in Vildjandi, being back in Berlin we took time before jumping to Spain for writing a little bit about one of the strong experiences we shared during that time: MAGMA.

Nowadays, joining the up coming 10 years celebration of the NETZWERK AKS, we are happy to share these words as a way of bringing close our presences and the paths of all of us, the members that kept crossing and growing during all that time. Enjoy!

MAGMA opens itself as an invitation by c.e.m (centro em movimento) in the context of Pedras'18 Festival, to work in a laboratory process in sites of Lisbon,  awakening impulses and visions with and from the surrounding, merging them for creating “magmatic” experiences from inner spaces, pouring out through the potential cavities that each of us embodies, running so downwards through slopes and stairs of the city.
It focuses in how to approach spaces, materials and images from a sense of foundation in different qualities and bedrocks of the body, fluid and dense marrows that sustain our sense of physical presence.
We propose to enter in an actual time where catastrophes co-exist with deep sense of creation, an inspiring course for impulses and imaginaries moving us as changing sediments in a constant process of evanescent conglomerations. 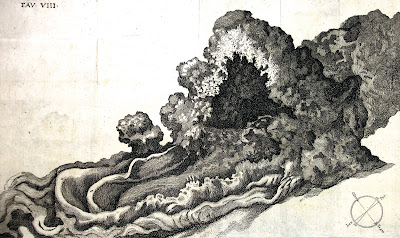 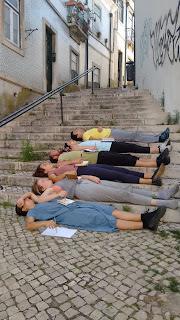 …
“What are you doing?” Asked that old man the same first day of explorations. “We are dancing” (Camila also said that? Or Julia? Memories tend now just to become confused). “Not here! It is dangerous!” he replied puzzled; “…under here, there is a volcano!”
The Volcano in Lisbon…
…that we both suspected that was existing.
So, we have been in a proper place.
We still are.
Thanks.

Posted by Unknown No comments: 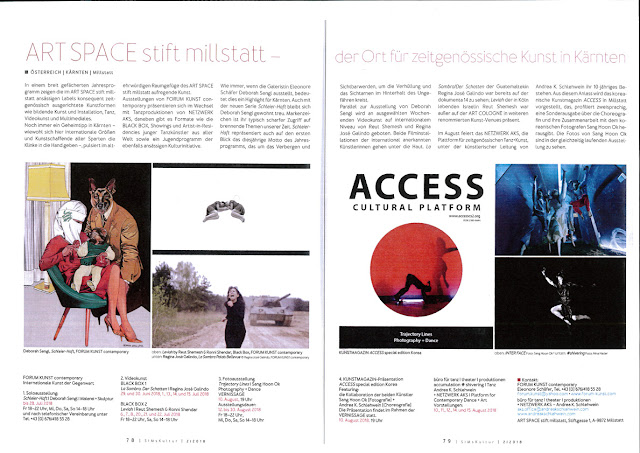