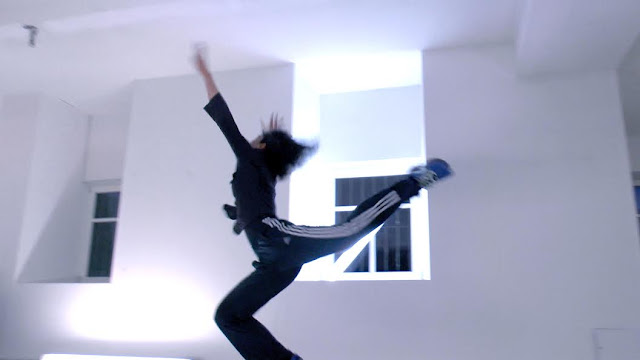 Two women are sitting on a window sill. They look almost alike, but almost not at all. They wait until the audience settles down, and step down, walking to the opposite sides of the space. Watching each other, almost like being drawn to each other, they slowly move towards the other. As they advance, they are being possessed by an uncontrollable shiver, a shake that seems to emerge from the inside. It takes over the two of them, the room. As the audience watches the effect of this tremor on them, they notice how it possesses the two of them differently, spinning one off on a frenzy of shivering, while the other continues to shake and move about. They arrive at a shivering climax, and lay on the floor for a bit. Until the next round of shivering frenzy takes them over. And so on it goes. 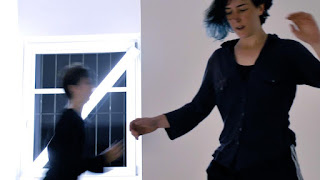 The newest work from AKS titled “accumulation # shivering” created for Schau.Räume initiative in Spittal/Drau was premiered on the evening of 26th of April.

In this particular work, as part of a broad series, artist Andrea K. Schlehwein deals with the different states of aggregation of the human being. 'accumulation # shivering' is about an inner tremor that starts barely perceptible in your own inner world and penetrates steadily outward.


Dancers Maayan Reiter and Margherita Malinconi perform the work with an inherently driven fury. They interpret the movements quite differently and complementary to each other. Their differing movement qualities set them apart as characters, almost like sisters, or partners, seeking consolation in each other's touch and proximity in order to escape the inner tremor. They relate to each other like animals in a cage trying to escape the captivity, and losing the battle each time. The piece ends with an apparent relief, where the two give up on this battle, walk up to the lights, switch them off and open the windows for a whiff of fresh air. 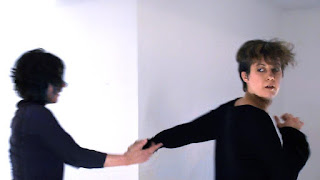 The 15-minute piece works on a relatively simple trajectory. The atmosphere is tense, the movements swinging in high intensity between being violent and tender. From the past works of AKS I have observed, this quality of high physical intensity seems to be her signature.


The context of the performance is also an interesting one. The performance format Schau.Räume deals with taboo and marginalized topics. Vacant buildings of a city are recorded and researched. The result is performative labs that are intended to facilitate meeting spaces through artistic research and participation. “Accumulation # shivering” was invited and created for this format.


The evening consisted of three intermittent shows, with full house audiences each time.