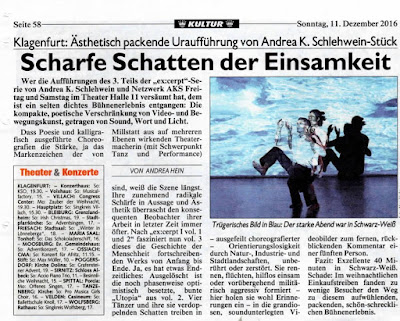 Whoever missed the performances of the 3rd part of the 'ex : cerpt' series by Andrea K. Schlehwein and NETZWERK AKS this Friday and Saturday at Theater Halle 11 missed an unusually dense stage experience: A compact, poetic interlacing of video and movement art, supported by sound, words and light.

Within the scene it is already well known that poetry and calligraphically performed choreographies are the strength, indeed the hallmark of Andrea K. Schlehwein, a theatre maker acting on several levels (with a focus on dance and performance) based in Millstatt.
Yet lately, her increasingly radical precision in statement and aesthetics keeps on surprising the consistent observer of her work. Following 'ex: cerpt I vol. 1 and 2', 'vol. 3' continues to write forth the history of mankind, fascinating from beginning to end. Yes, there is a doomsday feeling: the still partially optimistic, colourful 'utopia' of vol. 2 has vanished. Four dancers and their reduplicating shadows are drifting through natural, industrial and urban landscapes, untouched or destroyed, in elaborately choreographed disorientation. They run, they flee, in helpless solitude or at times in aggressive military formation - likely chased by memories - into the magnificent video images underscored with sound, accompanied by the distant, retrospective commentary of a fifth person.

Conclusion: An excellent 40 minutes in black and white.
Too bad: In the hustle of Christmas shopping not enough visitors found their way
into this stirring, thrilling, beautifully horrifying stage experience.

Just before packing our things and wishing everyone a happy Christmas holiday we would like to look back into the activities that took place in 2016 – all in all a fruitful year, filled with exchanges – and thank everyone who has been with us in this journey: artists, students, curators, organizers, critics and audience members.
Korean Tour 2016

Our year started off energetically with the revival of INVOCATION – a dance-film production by Andrea K. Schlehwein + NETZWERK AKS. A working period on two different versions based on the original 2012 version took place at our home ground ART SPACE stift millstatt and was followed by two successful performances in Korea at the opening ceremony of ‘Busan International Short Film Festival 2016’ and at ‘spot on : AUSTRIA’ at Haneoulyeon Theatre Busan.
On the occasion of Invocation’s Korean tour, Andrea K. Schlehwein has offered workshops on improvisation, given lectures and participated in discussions at ‘Talk Talk SIMPRO!’, Korean National University of Arts, EDx2 Dance Academy a.o. in Seoul as well as in Tokyo, Japan. Moreover, Netzwerk AKS members Andrea Maria Handler and Arnulfo Pardo Ravagli have performed at ‘Seoul International Improvisation Dance Festival 2016’.

Trainings, Workshops & other activities – ART SPACE stift millstatt 2016
As integral part of their shared creative process during production periods, Netzwerk AKS members Arnulfo Pardo Ravagli, Aurelius Rys, Unita Gay Galiluyo, Simona Piroddi and Maria Mavridou have lead O.P.E.N. morning trainings on contemporary dance, movement research, improvisation and yoga throughout the year.
In addition, Netzwerk AKS members and affiliated guest artists have offered workshops such as Contact Improvisation by Maayan Reiter (SEAD), ‘dancing me dancing us’ by Aureliusz Rys, ‘Catching The Impulse’ by Andrea K. Schlehwein as well as on-going courses such as ‘Creative Dance for Kids’ & ‘Creative Dance for Adults’ by Leonie Humitsch and ‘kids on the move’ an initiative of AKS.
Last but not least, Netzwerk AKS was present at Kultur muß wachsen / IG KIKK Symposion, at Landhaushof in Klagenfurt with the performance ‘on plane ground’ directed by Andrea K. Schlehwein.

ART SPACE stift millstatt will be able to host more artists in the next year. Do not hesitate to contact us with proposals!
We are filled with fresh energy and keep our eyes, ears and skin open and curious for 2017’s unfolding!
Best wishes to everyone!

Posted by Maria Mavridou No comments:

Our short and intense process with ex : cerpt | vol. 3 - the last part of ex : cerpt trilogy - was rounded up with two deeply moving performances at theaterHALLE 11 in Klagenfurt.

We are very happy to share some impressions with you and we hope to continue further with this work in the next year. A big thanks to everyone who made it happen! 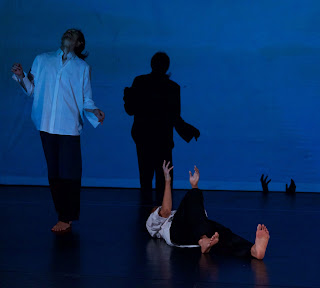 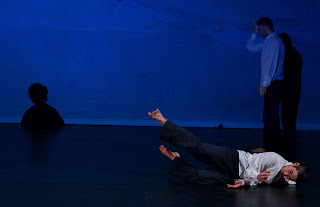 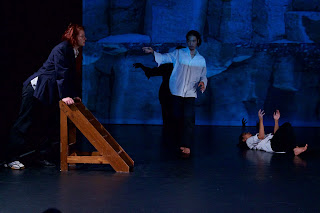 what happens at the borders?

from now on there is a long way ahead

under my feet
the ground
sometimes accepts me

around my skin
the room
sometimes embraces me

unclaiming my territories
erasing my steps
shifting
shifting inside

empty moments
suspending their right to choose
standing fragile, free and disoriented
until the force of harmony drags them along

from now on there is a long way ahead

Posted by Maria Mavridou No comments:

Email ThisBlogThis!Share to TwitterShare to FacebookShare to Pinterest
Labels: Reports|Diaries


We are in the middle of the production of ex : cerpt I vol.3
– a dance poem, in which movement transforms sculptures
into bodies, into individuals, into separated body landscapes
moving side by side…
Images, sounds and voices make the movement more visible
and tangible, but at the same time produce distraction and irritation.
Jasmin Kumar

A lot more to see, hear and feel: