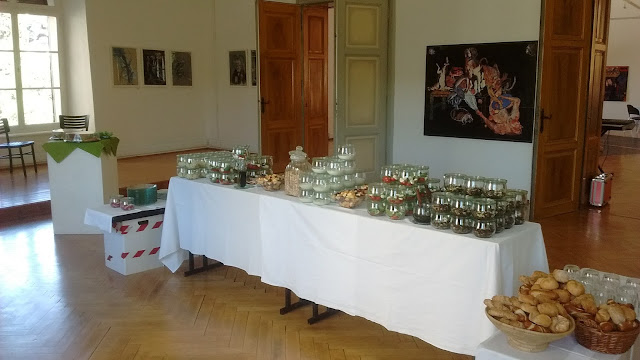 On the forenoon of 11.06.2017, Art Space Stift Millstatt presented an arts exhibition titled “Frühstück mit Sengl”, combined with live music, contemporary dance and a theatrical reading of a piece of text about the exhibited works. The exhibition was curated by FORUM KUNST contemporary, choreography and text written by Andrea K Schlehwein and music performance by Tonc Feinig.

The exhibition displayed works of Peter Sengl, an artiste that keeps returning to Stift Millstatt. The breakfast saw 50 visitors' participation, and a well-rounded morning with different genres of art interacting with one another. As a member of the audience it was hard to say whether it was a painting exhibition or a dance performance with pictures, or a music performance with dance, or a theatrical reading show. It was, of course, all of that and more, and the possibility of interaction with other arts enthusiasts and the artist himself, who was also present at the event, made the engagement rather interesting. 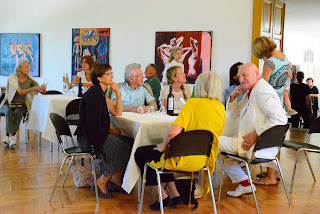 Let me go with a top-down approach. The skeleton of the whole event were, presumably, the works of (Peter) Sengl on display. I am not a fine artist, nor am I an arts critic, or an art historian. I am a performing artist, a dancer/choreographer and hence my perception of visual arts come with their own limitations and insights. Therefore, I am simply going to take that lead and share some of my perceptions of the works that I witnessed. Peter Sengl's works in this exhibition were full of colours, most often than not posed one or many cats, and/or one or many female figures. The female figures were, most often than not, quite sexual in their depiction. But besides these obviously striking features, there were other recurring elements such as screwed on human bodies, impressions of already existing paintings such as Frida Kahlo's self-potraits and so on. Forgive me if my description reads premature, but that's only for those unfamiliar with (Peter) Sengl's works. Those of you that already know his works, you know what I am talking about, perhaps in better vocabulary. 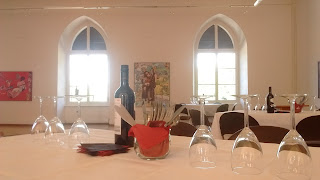 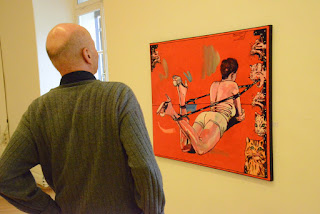 His works, on a first impression, seem to derive a lot out of popular culture, but on a closer look, you saw that they were often portraits of his muse and his partner, Susanne and daughter Deborah Sengl. The paintings were loud, filling up the airy spaces of ART SPACE stift millstatt, making their presence felt. The strokes were bold and raw, choice of colours unabashed. The man himself being quite similar, not hesitating to speak his mind, while also leaving the works open for the viewers' interpretation and reflection. At 72, having painted practically all his life, his words were an insight into an artist's life – quite full of contradictions, creating works from a space where no one else can really have a peak into other than speculate. 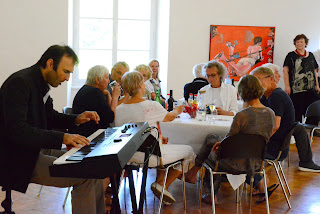 The event opened with a piano performance by Tonc Feinig, whose engagement in his playing  was remarkable. 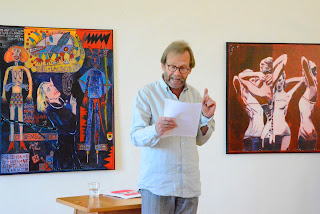 This performance led onto a theatrical reading of a piece of text written by Andrea K Schlehwein, performed by Reinhardt Winter in a hilarious yet simple fashion, opening up the various questions Sengl's works invoked among the audience. 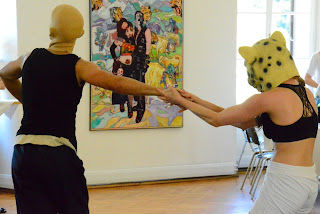 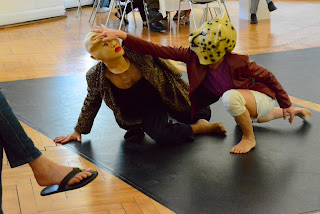 The reading was followed by a dance duet choreographed by Andrea K Schlehwein titled “#withmyheadintheskyandfreshairinmybrain”, performed elegantly by two artistes of NETZWERK AKS - Andrea Maria Handler and Arnulfo Pardo Ravagli. This work was created in a span of 2.5 days and ran for 15 minutes. The performers embodied several elements of the paintings, rather fluidly, each of them wearing face masks of a cat and a human. The dancers moved around in space in a sensual sort of a way, bringing the paintings to life, making their contents real and palpable. Towards the end of the performance, the way I looked at the paintings was transformed forever, leaving me wondering about alive bodies and what they bring in themselves. The event moved on to the breakfast and interaction with the crowd. The buffet was elaborate and delicious, all prepared and laid out exclusively by  the galerist Eleonore Schäfer, Andrea and her team. The entire morning was a social but also an intimate experience – of being together with people in a room, of opening ourselves to works of art, of being led through
them with music, movement and text, of taking time to sense and reflect on this experience with one another.

Different things that normally belonged in separate boxes moved into one another seamlessly. 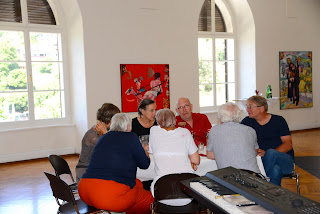 This also gives me a deeper understanding of Andrea's format of working. Becoming familiar with her works for a little over two years now, it is fascinating for me to observe how she seamlessly flows between genres of arts, connecting one thing to another, creating her own signature of works. Her works belong to no
category, rather they are a category on their own. As an artiste and a creator myself, I see Andrea's works as a reassurance I need sometimes to take the creative risks that my work might demand, without wanting the safety of a definition or a fixed form. 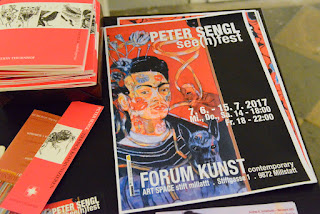